Coming Soon on Power It Up 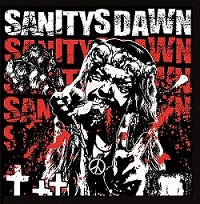 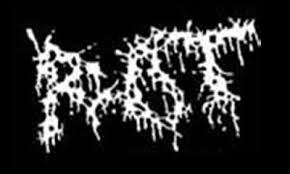 ROT – The masterpiece of brazilian grindcore

The “old dirty grindcores” contains the complete studio material recorded between 1991 and 2007. The material from CD 1 recorded between 1998 and 2007 include tracks from seven split 7” EP’s, two split CD’s and the titles from a split 10”. Also 7 tracks unreleased bonus material. The second CD from this classic release contains the old material from the 1991 until 1997. You will find the tracks from five Split 7” EP’s, from a split 10”, three EP’s and compilation tracks. All together 150 songs of raw grindcore. They perpetuate the great tradition of old school grind/hardcore like Siege/ old Napalm Death/ old Agathocles without any compromise. These guys sure can grind. Go and get these fucking awesome double CD!!! 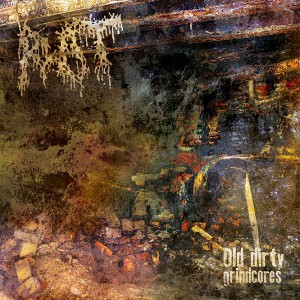 INFERNO – Anti Hagenbach Tape – the beginning LP
A dream comes true!! One of my favorite Demotapes from the early ’80 the “Anti Hagenbach Tape “ from south Germany INFERNO would be released soon on POWER IT UP. 24 Tracks of the fastest, loudest and rawest Hardcore/ Punk first time on vinyl. 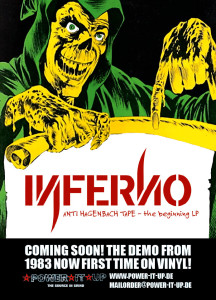