The other side contains the next big name, AGATHOCLES mince core gods from belgium team up with 8 live mincecore attacks in perfect soundboard quality recorded at the Youthclub in Geel/Belgium march 2014. The LP comes in an inside-outside printed cover. Nice looking packaging. 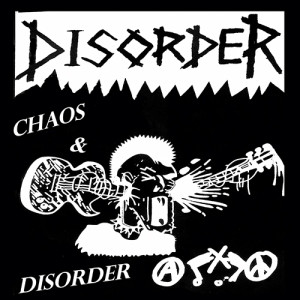