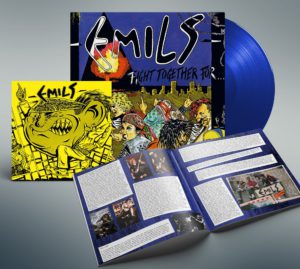 Some news from our upcoming release, the Testpressings and the Booklets  from the  EMILS – Fight Together For LP +7″ arrived our Office. Check out a few pictures 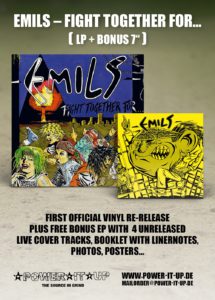 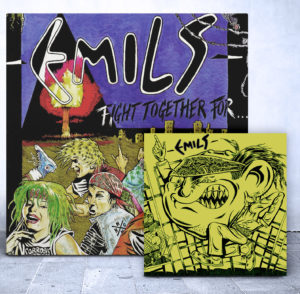 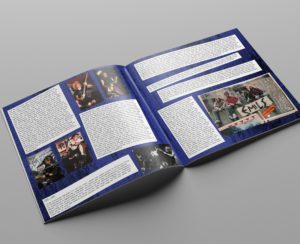 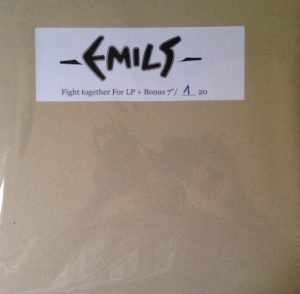 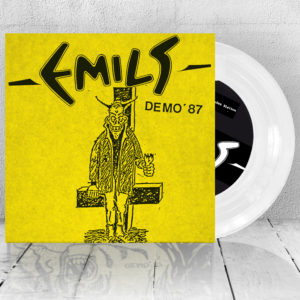 The mid-80s there were these rumors about a new band from Hamburg. Were behind the EMILS perhaps SLIME? If you read the band name from back to front, then these rumors get natural food. And the spelling of the band lettering was very inspired by SLIME. But in the end that was nonsense, of course. There were no overlaps. The mid-80s began the first german bands to orient themselves on Ami-Hardcore. SPERMBIRDS, Skeezicks, Jingo De Lunch, H.O.A, UNWANTED YOUTH, SOS. The EMILS crossed on their demo hardcore punk and also metal. D.R.I. had just invented the crossover. The EMILS quickly became popular. Also because they had German lyrics, which were also very critical and directly and did not mince his words. They were directed for example against the Church, Neo-Nazis, nuclear power (Chernobyl was just explodes), compliance and also against the stupidity in the own scene. Early 1987 they recorded the legendary 5 track demo at the “Dissenter Studios”. The limited repress comes in a different inside cover artwork, and also you will get additional lyric sheet.

VICIOUS CIRCLE – Rhyme With Reason/ Into The Void 2xLP,

use the following link for your order 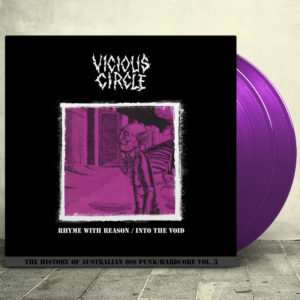 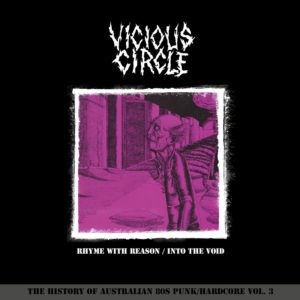 The Presale starting now for the

VICIOUS CIRCLE – Rhyme With Reason/ Into The Void 2xLP,

use the following link for your order

POWER IT UP offer a huge merchandise sale
from today until first of Januar 2017.

More than 900 merchandise title up for sale!!!!
Shirts for 7,5 Euro/ Zipper for 19,0 Euro
so check out our shop for more details at www.power-it-up.de 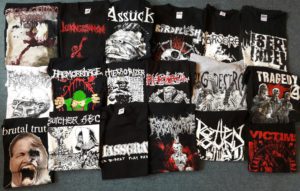 VICIOUS CIRCLE – Rhyme With Reason/ Into The Void 2 x LP

Here are some more details for our upcoming Volume 3 for the Australian Punk and Hardcore history.

We got these days the Cover, booklet and the sticker, so please take a look for the nice infos. 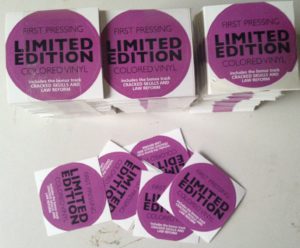 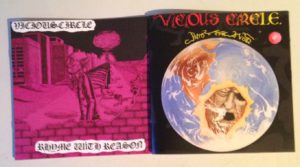 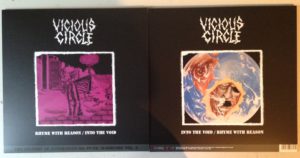 Here is the first review for the 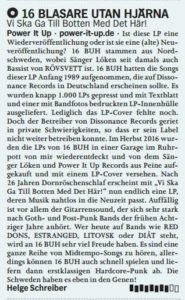 16 B.U.H. was formed in 1986 in a small Swedish town called Tranås, with members from RÖVSVETT, REARESPIRATOR among others. Löken played guitar, Mange handled the vocals, Frank the drums and Jimpa, the man who coined the phrase “käng”, played bass. Like so many other bands we recorded a couple of demos, were on some compilations and split-ep’s and released our own 7″-ep Cirkeln är bruten 1988. We played a handful of gigs in Sweden, Norway and Denmark and also did some small touring going by interrail ’88 and ’92 when we played Holland, Belgium and Switzerland. Money got lost, guitar was stolen, sleep was missing, drinking wasn’t. All in all, chaotic but fun. It’s punkrock, right!? On the second tour to Switzerland we were joined by Fredde, the younger brother of Mange, on guitar. Anyway the band ceased to be in the mid 90’s but did play one reunion show in our hometown Tranås 2004. The stuff you’re about to listen to was recorded in ’89 (same era like Mob 47, G-Anx, Filthy Christians, Kazjurol) and was supposed to be our first lp. Raging mad Swedish hardcore punk from the archives, blistering fast with lethal melody and shouted angered vocals. For various reasons it was never released. But here we are, well into the 21st century, and the songs will finally be released. It’s the last thing you’ll hear from us but it’s actually the first lp…so enjoy! 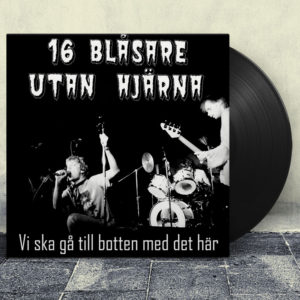 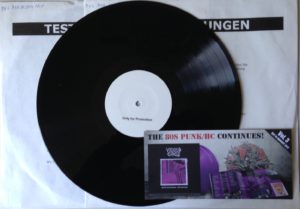