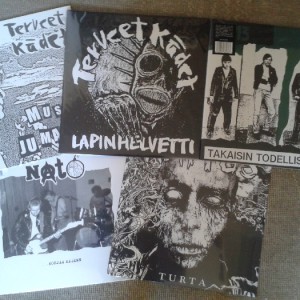 013 were short-lived but hugely influential and full of cult potential. The three-piece from Pukkila, Finland, partook in the Propaganda EP in 1981 (reissued by Svart in 2013) and the legendary Russia Bombs Finland compilation LP the following year. The band’s only standalone release, the LP Takaisin todellisuuteen, was released on Propaganda Records in 1983, and the band split up shortly after. Original copies change hands for hundreds of dollars these days. The Svart reissue presents the album as close to the original as possible, and expands the original artwork into a gatefold, also adding a bonus 7″ inch, which contains compilation tracks, thus making this release a complete 013 discography. 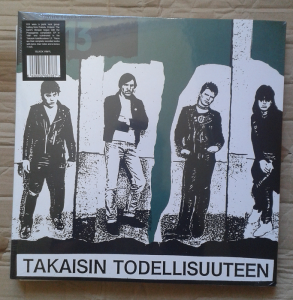 Just two years after the previous album Musta Hetki, Finland’s long-running hardcore powerhouse Terveet Kädet return with Lapin Helvetti. Terveet Kädet have come a long way since the ungodly racket leader Läjä and his bandmates churned out in Tornio, Lapland in 1980, but the northern furor shows no signs of slowing down. Named mentor by bands like Sepultura, Terveet Kädet’s current lineup features singer Läjä with guitarist Ilari, bassist Jani and drummer Aki. Lapin Helvetti (“The Hell of Lapland”) dives, as can be expected, headlong into the netherworld and bangs on the gates of hell. Hellish Lapland is filled with 18 tales about the fear of death, estrangement, human frailty and illnesses of the mind. 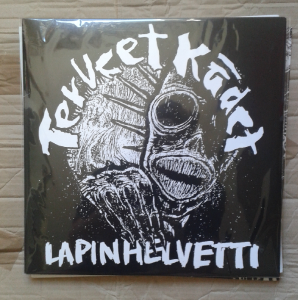 The half-studio / half-live LP Black God / Musta jumala was released in Brazil and Germany in 1984 but hasn’t been available in its original form in 30 years The Svart reissue presents the album just as it was 30 years ago: black and white covers, no extra track gaps or omissions, no extra songs or alternate versions. Also features a 8 page booklet with liner notes, photos and clippings. 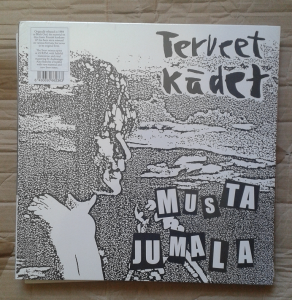 Ever since the 1980 privately pressed EP “Khomeini Rock”, Rattus have been a driving force in the Finnish punk scene and largely responsible – along with Kaaos and Terveet Kädet – for bringing some international renown to their particular sub-genre. After spending the nineties in oblivion the band reformed in 2003 and released a self-titled album in 2005, which, even though the band had released a notable amount of material on 12 and 7 inch wax in their heyday, was actually their first proper album. The year 2013 sees the band back in full swing, with new vocalist Jopo Rantanen injecting some fresh blood into the hardcore power trio. The band have recently completed long tours in North and South America and spent the summer recording their new LP. The album is called “Turta” (Numb). Svart Records, who recently reissued the band’s classic 12 inch EPs “WC räjähtää” and “Uskonto on vaara”, continue working with the band and bring the new 14-track platter to the world on December 5th. The LP’s striking cover art was created by Irish artist Sean Fitzgerald. 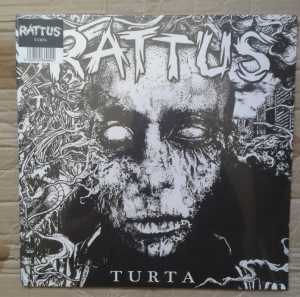 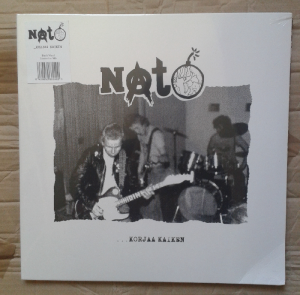